Petty Officer 1st Class Edward Thomas Earhart, 26, was an aerographer’s mate in the Navy. The Morehead, Kentucky native began his military career with basic training in Great Lakes, Illinois, before moving on to the Naval Reserve Center in Lexington, Kentucky, and the Naval Technical Training Unit at Keesler Air Force Base in Mississippi. Earhart spent three years in Pearl Harbor, Hawaii, before coming to Washington last November.

Earhart was eulogized by his best friend, AGC Christopher K. Cox, at his funeral service September 22, 2001 saying, “He was intelligent, caring and funny…. Ed was the type of man that you wish your daughter would marry.” 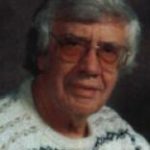